Could Abigail Harrison be the first astronaut on Mars? (via Jezebel)

In order to learn game theory, this professor had his students live game theory. (via Kate Clancy)

Brian McGill outlines what he thinks it takes to do policy-relevant science in 7 Ps and 4 Ts. (via Anna Renwick)

The Victorian malleefowl monitoring season is bookended by a volunteer training weekend and a reporting back weekend. The most recent reporting back session was held late in March in the town of Ouyen; José, Guru and I were able to head along for an update.

Malleefowl have generated some broader community interest this summer as they were seen in unprecedented numbers along the Ouyen-Patchewollock road, mostly likely attracted to a canola seed spill. On the weekend, the Victorian Malleefowl Recovery Group (VMRG) arranged a public information session where Dr Joe Benshemesh discussed the recent sightings, malleefowl behaviours and their conservation.

Ralph Patford and other VMRG members have been working hard over summer to arrange and erect malleefowl information signs at some of the more highly-frequented spots around the mallee. Parks Victoria Environment Program Manager for the Mallee Kathryn Schneider and VMRG chairman Peter Stokie had the honour of unveiling them.

For the remainder of the afternoon we packed into the Ouyen Harness Racing Club to review the season’s activities in more detail. 82 people contributed almost 1500 person hours’ work, monitoring 1300 mounds across Victoria’s north-west. Breeding numbers were very high this summer, although some observations indicate that birds may be concluding their breeding a little early and reworking their nests for the next season.

José and I made a short presentation to the VMRG, summarising the findings of the university workshop and explaining our upcoming plans for habitat suitability modelling and value of information analysis. The attendees made many helpful suggestions regarding the processes that they suspect most threaten malleefowl, and they aligned well with the models developed at the workshop.

Before retiring to the Victoria Hotel for dinner and a beer, Joe was kind enough to take us out to the Ouyen-Patchewollock road in the hope that we might see our first malleefowl. In fact, we saw our first 30 malleefowl that evening! Here are a few of them, captured on camera. 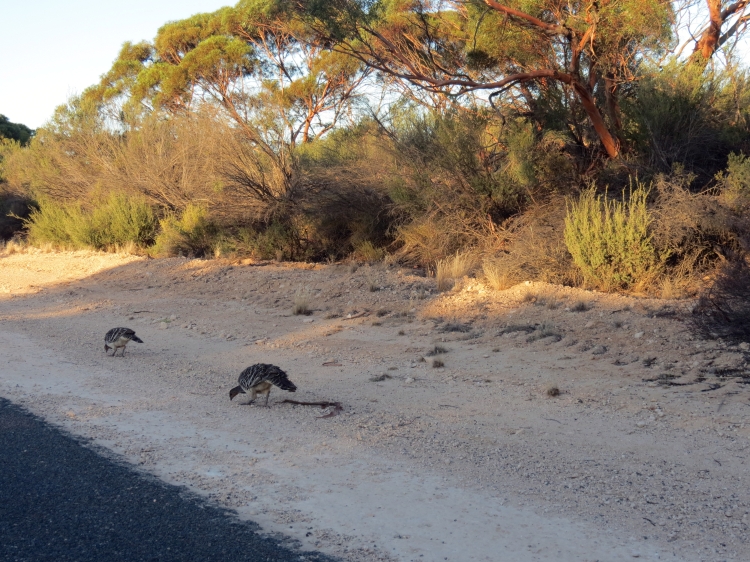 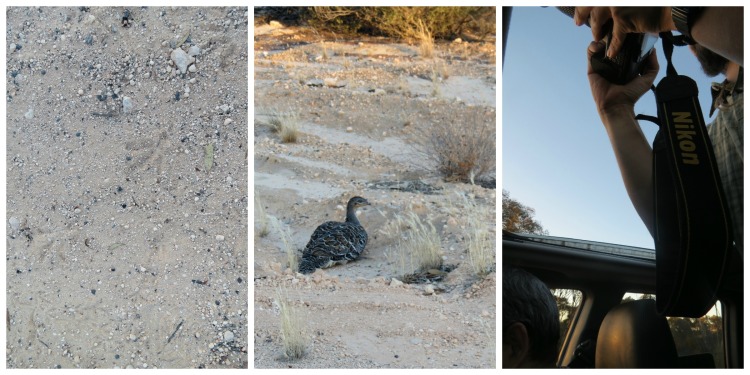 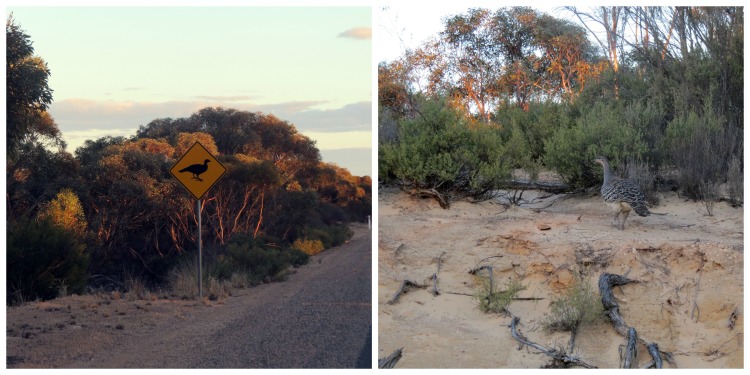 While meeting our first malleefowl will probably be our lasting memory of the weekend, it was really just as important to meet and learn more from the malleefowl’s many passionate supporters. I’m particularly grateful to Joe Benshemesh, Ross Macfarlane and Peter Stokie, without whom we would not have made it to Ouyen.