It is the weariness of feeling that, after all the effort of putting a fantastic talk together and travelling long distances, they may still end up feeling excluded and denigrated which may lead them to decline invitations.

Later in the month, Donald also discussed the risks and benefits of getting personal with mentors.

Wanna work with us fine folks at QAEco? You might be eligible to apply for a McKenzie Fellowship.

John Morgan lists the skills that many of his former students wish they’d honed further as undergraduates.

Kate Clancy has launched a new series on her blog called Research Realities.

How do conservation managers harness evidence in their decision-making? QAEcologist Carly Cook surveyed 100 of them to find out.

Joern Fisher’s six strategies for coping and keeping up in academia. (via Dbytes)

The UQ Bioinformatics Winter School has posted slides and videos of many of their presentations. Scroll down to Thursday for Ecologies and Populations, including talks by lots of NERP and CEED researchers (including me!).

I recently took a holiday in north Queensland and discovered some malleefowl-like incubator mounds in the rainforest! 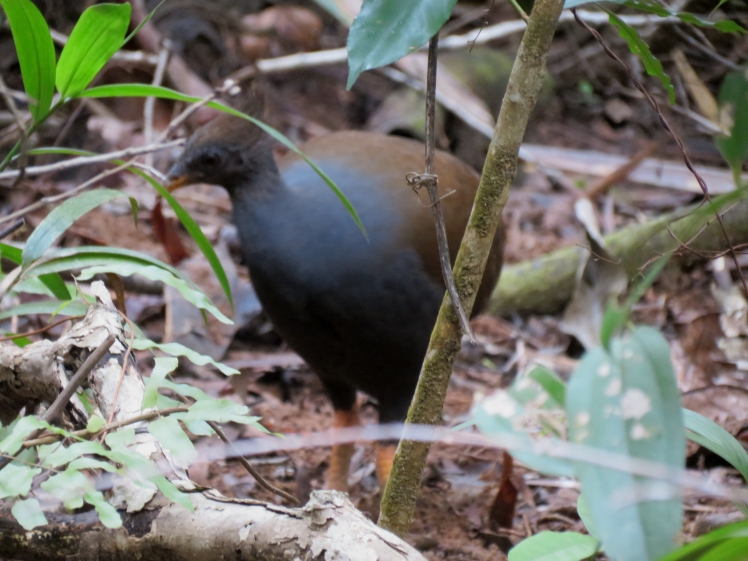 They belong to orange footed scrubfowl, and we saw many of them scratching around in pairs near the Dubuji boardwalk at Cape Tribulation. I was surprised to hear from Mike D’Arcy that multiple pairs may work the same mound simultaneously. Though they are apparently quite territorial, these scrubfowl seem a good deal more sociable and less cryptic than the malleefowl I’m researching.